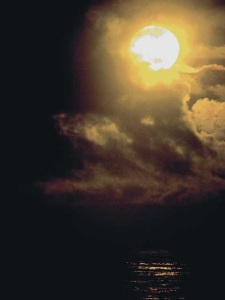 “Know ye not, that to whom ye yield yourselves servants to obey, his servants ye are to whom ye obey; whether of sin unto death or of obedience unto righteousness? But God be thanked, that ye were the servants of sin, but ye have obeyed from the heart that form of doctrine which was delivered you. Being then made free from sin, ye became the servants of righteousness. (Romans 6:16- 18)
“Our Lord laid not his life down for his doctrine, but for his sheep.” Matthew Henry (1662 -1774) commentary John 10.

As my journey leads me along the narrow path through this life as a pilgrim, a sense

of peace has come over me, recognizing I’m not alone. My stride is sure, demonstrating confidence, but not an arrogant strut. It shows determination, supported by knowledge, wisdom, and discernment received from the Holy Spirit to arrive at the destination of Eternal Life and Peace.

There is a constant prayer for guidance and protection, never taking anything for granted, realizing this journey is through a war zone. The following link is for background support.

My question, will I be an essential companion as I journey? Pondering, am I worthy of travelling with this companion? Understanding, only a few will recognize, who my companion is, and why, He continues being at my side, even though I am a constant challenge to Him. What comes to mind is a quote from my article “GET BEHIND ME SATAN” published June 14, 2018. Matthew Henry (1662 – 1774) commentary reveals “What many don’t realize the disciples committed many mistakes and were guilty of weaknesses, they were defective in their duty.  They were very dull and forgetful. And often blundered. Yet their master passes all by and forgets it, he does not upbraid them with their infirmities. But gives them this memorable testimonial, “You are they who have continued with me.” Thus does he praise at parting, to show how willing he is to make the best of those whose hearts he knows to be upright with him.”

Now understanding the peacefulness in my life, even though, I’m surrounded by turmoil, unrest, and despair among those I’m reaching out too. What is being unveiled, by Yeshua, as my companion, is how to be as He is, “an unseen companion.” Who has lit the way to freedom, then align’s himself behind the scenes as a spiritual mentor and ongoing guide through the Holy Spirit as a messenger to those journeying through life on the narrow path. “Thus does he praise at parting, to show how willing he is to make the best of those whose hearts he knows to be upright with him.”

This article will introduce and reveal as a sower of God’s word, love, and compassion we the “Modern Day Disciples” can be an ongoing “shepherd” as [is] Yeshua our unseen “companion” always there always ready.

Father in heaven hear my prayers as I lay your servants before your throne. I ask 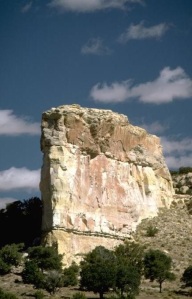 you, Lord, as an unseen companion, to raise your children up when they might stumble and fall. To Be there as our Father when times are filled with turmoil, but more than anything Lord show your children the depth of your love and compassion as you journey with them. In little ways, Father let them, sense or feel your presence, as they go forward in your name searching for that one lost soul. So they might be filled with the confidence they are covered and blessed. Bring them before your throne Lord that they might see your reflection and recognize what a silent companion is to them a shepherd tending his flock. We pray in your name Yeshua Amen and Amen.

The Holy Spirit brought me to John 10, to understand and discern, what my silent companion was offering. And if I chose to follow in His footsteps, what would be expected of me, to offer as a silent companion.

In John10 Matthew Henry (1662 -1774) explains how Yeshua revealed His walk for those who desire to follow in His footsteps. “Our Lord laid not his life down for his doctrine, but for his sheep.” He described the gracious disposition and happy state of his sheep; they heard and believed his word, followed him as his faithful disciples, and none of them should perish; for the Son and the Father were one. Thus he was able to defend his sheep against all their enemies, which proves that he claimed Divine power and perfection equally with the Father. No weapon formed against our Lord Yeshua (Jesus), shall prosper. He escaped, not because he was afraid to suffer, but because his hour has not come. And He who knew how to deliver himself knows how to deliver the godly out of their temptations, and to make a way for them to escape.

Here is a parable or similitude, from the customs of the East, in the management of sheep. Men, as creatures depending on their Creator, are called the sheep of his pasture. The Assembly of God in the world is as a sheep-fold, exposed to deceivers and persecutors. The great Shepherd of the sheep knows all that is his, guards them by his providence, guides them by his Spirit and word, and goes before them, as the Eastern shepherds went before their sheep. To set them in the way of his steps. Shepherds must serve the sheep in their spiritual concerns. The Spirit of Christ will set before them an open door. The sheep of Yeshua will observe their Shepherd, and be cautious and shy of strangers, who would draw them from faith in him to fancies about him. I provide this link for the additional understanding of the dangers: https://romboughrobert.wordpress.com/2018/06/14/get-behind-me-satan/

Many who hear the word of Christ, do not understand it, because they will not. But we shall find one scripture expounding another, and the blessed Spirit making known the blessed Yeshua. Yeshua is the Door. And what greater security has the Assembly of God than that Yeshua is between it and all its enemies? He is a door open for passage and communication.

Here are plain directions how to come into the fold; we must come in by Yeshua. By faith in him as the great Mediator between God and man. Also, we have precious promises to those that observe this direction. Yeshua has all that care of his Assembly, and every believer, which a good shepherd has of his flock; and he expects the Assembly, and every believer, to wait on him, and to keep in his pasture.

Adam Clarke (1760 -1832) through his comments on John10:9 explains what our duty as a silent companion will look like as a shepherd. “Go in and out- This phrase, in the style of the Hebrews, points out all the actions of a man’s life, and the liberty he has of acting, or not acting. A good shepherd conducts his flock to the fields where

good pasturage is to be found, watches over them while there, and brings them back again and secures them in the fold. So he, that is taught and called of God, feeds the flock with those truths of his word of grace which nourish them unto eternal life. And God blesses together both the shepherd and the sheep, so that going out and coming in they find pasture. Every occurrence is made useful to them, and all things work together for their good.

The modern-day heirlings posing as pastors ought to remember that whoever boasts of being the way of salvation, and the gate of heaven, shows himself to be a thief and an impostor.

And though few have arrived at this degree of folly, yet there are many who rely too much upon their own talents, eloquence, and labours, as if the salvation of the sheep depend necessarily thereon. In which respect they are always robbers since they rob the grace of Yeshua of the glory of saving the sheep.

God often puts such hirelings to shame, by not opening the hearts of the people to receive their word. While he blesses those who are humble, in causing them to be heard with attention and accompanying their preaching with an unction which converts and saves souls. Let every man know that in this respect his sufficiency and success are of the Lord.

Heavenly Father in all humbleness we bow before your throne filled 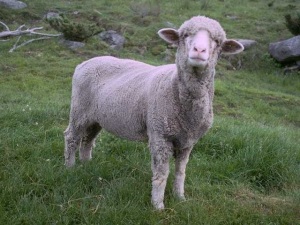 with overwhelming gratitude for your patient teaching. Thank you, Lord, for raising us to a new level of discernment, love, and compassion. Thank you, Father, for revealing our value and worth to those who have been rescued into your flock and thank you for placing your guiding hand on us to nurture them forward as a shepherd having the spirit of your Son Yeshua for us to guide and nourish those in the flock as silent companions. We pray this in the name of Yeshua. Amen and Amen.

law. To sit down and do an assessment of our walk and relationship with Yeshua. Here we are now learning how to be as Yeshua, is with us, a silent companion. How many of you recognize your prayer in support of your newly found convert, will be answered as a blessing for both. Do you realize as you become the shepherd you are still of our Lords flock and you’re being tended to as you go forward?
Get to know your peace and find the strength in it as your leading inspiration to serve. Because as I prayed for you, you will find it usually is a gentle nudge by Yeshua, letting you know he’s there covering your back as your Silent Companion. James 5:15 And the prayer of faith shall save the sick, and the Lord shall raise him up: and if he has committed sins, they shall be forgiven him.

Remember these articles are messages given unto a humble servant as a Watchmen sounding the Trumpet of impending danger ahead. May our Father abundantly fill your plates. God’s blessings Let the high praises of God be in their mouth, and a two-edged sword in their hands. Psalm 149:6