At a press conference on August 26, 2016, Trudeau expressed his desire to identify himself with Islam, which he declared more peaceful than Christianity (see Religion of Peace):

“After meeting thousands of new Syrian refugees, listening to their stories and learning more about the Muslim faith, “I have learned to love Islam and the people of Islam.” ” Islam promotes peace, not violence and is, in fact, more peaceful than Christianity.” I feel like this is the religion I belong with, and I should identify as.”

So Why are we as Christian Canadians supporting this individual as the pretended Prime Minister who does do not believe in the Foundation of Canada and its peoples?

Our PM made the following address in this link stating that his Canada is a nation of diversification and he is proud of it. https://t.co/ALZGULJUA3 H 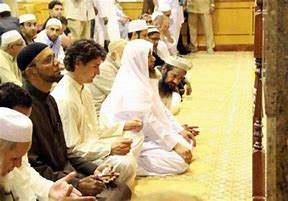 My question is and indeed, I cannot support his political view of today’s Canada that he is purporting. If he is true to his word of supporting the Muslim faith then that diversified country he’s talking about is one which supports the suppression of women, Female Genitalia Mutilation, child brides (10-12 yr olds) rapes, molestations and loss of freedom of speech (Sharia Law) no freedom of worship.

The Canada  I live in honours its women, allows me to worship how I desire without persecution, grants me the right to speak freely, gives me an opportunity to live the lifestyle I want. It affords me movement within the country and most of all the right to vote. This is the style of Canada I am living in not the Trudeau diversified one he is talking about.

This man is an arrogant globalist who lied his way into power, who is a traitor to his nation and the people who supported him.

PM Trudeau is floating M103 as a test to set the stage for Sharia law to be introduced into Canada which has stirred the nation as 85% don’t like or want this motion to pass. Remember

Remember I am just a humble citizen bringing info to those desiring to live a peaceful life and will share what I believe is the truth for what it is worth.