Posted on September 27, 2020 by Trumpeters Call 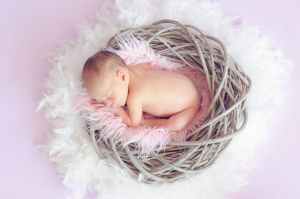 Photo by Pixabay on Pexels.com

Did not he that made me in the womb make him? and did not one fashion us in the womb?

In Job, we are told the Lord begins his work on us and continues even after our birth.

Rich and poor stand upon the same level before God. A great man shall fare never the better, nor find any favour, for his wealth and greatness nor shall a poor man fare ever the worse for his poverty, nor an honest cause be starved. Job, now that he was poor, should have as much favour with God, and be as much regarded by him, as when he was rich for, they are all the work of his hands. Their persons are so: the poor are made by the same hand, and of the same mould, as the rich. Their conditions are so: the poor were made poor by the divine providence, as well as the rich made rich and therefore the poor shall fare never the worse for that which is their lot, not their fault.

God made him poor and appointed him his lot, so that, if we deal hardly with any because they are poor, we reflect upon God as dealing hardly with them in laying them low, that they might be trampled upon

Those therefore that have any true honour for God will show it by compassion to the poor, whom he among the children of men divine Providence has so ordered it that some are rich and others poor, and these are intermixed in societies: The Lord is the Maker of both, both the author of their being and the disposer of their lot.

The greatest man in the world must acknowledge God to be his Maker, and is under the same obligations to be subject to him that the meanest is, and the poorest has the honour to be the work of God’s hands as much as the greatest.

He makes some poor, to exercise their patience, and contentment, and dependence upon God, and others rich, to exercise their thankfulness and beneficence. Even the poor we have always with us; they shall never cease out of the land, nor the rich neither.

God has tempered the members of the body natural in the manner mentioned, that there might be no schism in the body (1 Corinthians 12:25), no rupture nor disunion among the members, nor so much as the least mutual disregard. This should be avoided also in the spiritual body of Christ.

There should be no schism in this body, but the members should be closely united by the strongest bonds of love. All decays of this affection are the seeds of schism. Where Christians grow cold towards each other, they will be careless and unconcerned for each other. And this mutual disregard is a schism begun. The members of the natural body are made to have care and concern for each other, to prevent a schism in it.

is it also in the members of Christ’s body: they are chosen out to such stations, and endued with such gifts, as God pleases? He who is sovereign Lord of all disposes of his favours and gifts as he will. And who should gainsay his pleasure?

What foundation is here for repining in ourselves, or envying others? We should be doing the duties of our own place, and not murmuring in ourselves, nor quarrelling with others, that we are not in theirs. All the members of the body are, in some respect, useful and necessary to each other.

Secondly, Works of charity and beneficence, according to as our ability is, is necessary to salvation and there will be more stress laid upon them in the judgment of the great day than is commonly imagined these must be the proofs of our love, and of our professed subjection to the gospel of Christ, 2 Corinthians 9:13. But they that show no mercy, shall have judgment without mercy.

Remember, these messages are given by a humble servant obedient to our Lord

In case you’re wondering what the flipside of Truth is, “Knowing the Holy Spirit is showing you your shortcomings within the truth and you have the courage and faith to recognize it’s under God’s GRACE. And Turning It Over to God to Deal with it for you. The FLIPSIDE OF TRUTH it’s God’s.
View all posts by Trumpeters Call →
Gallery | This entry was posted in SPIRITUAL AWARENESS. Bookmark the permalink.