A SPIRITUAL CALL TO ARMS

“For the weapons of our warfare are not carnal, but mighty through God to the pulling down of strongholds.”  2Corinthians 10:4

This Call To Arms is specifically to those in the United States of America, however as well to those around the world, who believe in and worship our Lord and Saviour Yeshua (Jesus). It matters not under what secular name you worship; however, it does matter you hear this message and move into action all our futures depend on it. You are witnessing full-blown demonic warfare being fostered on President Donald Trump, and his administration, who are attempting to expose the depth of wickedness, functioning in the different government agencies and country, and to what height & depth it extends too.

Heavenly Father, we pray as humble servants you will hear this prayer and strengthen all who may be a part of this Call to Arms. We ask for your wisdom, discernment, and guidance to rain upon us as a nurturing and uplifting shower. Prepare our spirits to know how to enter into “Spiritual Warfare”. To stand against those “Demoniacs” which are attacking a brave man and his associates who are defending their country and way of life. We pray Lord that you will guide us and strengthen those walking in your word and name. Show us where and how we need to enter into battle to defeat the forces of evil being used to embattle our brothers and sisters. This we pray in the name of Yeshua (Jesus). Amen and Amen. 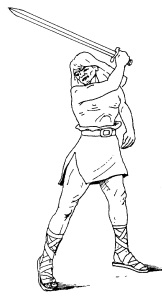 No matter what you might believe about President Trump, we must set aside our carnal feelings and beliefs as Spiritual Warriors. The battle being waged is greater than the man and the consequences far greater for all believers within the Assembly of God. The enemy is disguising their attack on the Assembly by focusing their attack on the President of the USA. In order

This call is to take up Spiritual Arms and through prayer, build a wall of divine protection around President Trump and his administration, to thwart and defeat the enemy, who has manifested and is working via many physical minions. They are attempting to influence the general public to demean and judge this man, for alleged past indiscretions? As followers of Yeshua (Jesus) our Lord, it is our responsibility to take up Spiritual Arms and stand against the minions of evil and those using them. 1John 3:16 Hereby perceive we the love of God, because he laid down his life for us: and we ought to lay down our lives for the brethren.

Through this scripture, I believe it becomes clear as followers of Yeshua we are not to fall into using the spirit of the world, to discern matters of the Spirit. But to use the Spirit which is of God to recognize our duty as followers of Yeshua’s teachings we need to stand against and know whatever form of Evil we are facing as an army. We are told in 1 Corinthians 2:12 Now we have received, not the spirit of the world, but the spirit which is of God; that we might know the things that are freely given to us of God.

I am making this Call to Arms of those in God and following Yeshua because I have been shown the workings of manifested evil is flourishing and using those involved in the current political events. If unchecked, “Evil’s” influence is going to reshape the course of history and bring about events which will put North American citizens of the USA and Canada into a cataclysmic future.

and recognize who is in control on a Spiritual level; this is where the battle is, and Yeshua (Jesus) calls us to use. Luke 6:27 & 28  But I say unto you which hear, Love your enemies, do good to them which hate you, v28 Bless them that curse you, and pray for them which despitefully use you. We have been shown,“Those who seek revenge, are conquered, and those who choose to forgive are the conquerors.”

In this Call To Arms, there will be those who want to or have in their hearts judged President Trump for past indiscretions. As it has been revealed the Assembly of believers, as we know them,  is under attack by powerful minions and as well are attacking Mr. Trump. As I stated earlier if we as followers of Yeshua do not take a stand against the present Evil, our way of life and ability to worship will fall before us. Ephesians 4:31 & 32 Let all bitterness, and wrath, and anger, and clamor, and evil speaking be put away from you, with all malice: v 32And be ye kind one to another, tenderhearted, forgiving one another, even as God for Christ’s sake hath forgiven you. We are reminded, “Those who seek revenge, are conquered, and those who choose to forgive are the conquerors.”

This Call To Arms is for all believers in God to come together as a unified army in prayer and action. Our first action as a unified Army in prayer will be to build a hedge of protection around President Trump so he may go forward exposing to what depth this Evil has permeated the political scene in the USA. The second action of our prayers will be to have all the Spirits of pride and arrogance removed from President Trump’s mind, which are causing confusion, allowing the President to function intelligently, which we all know he is quite capable of doing.  The third action will be as a unified army praying that Mr. Trump will be filled with God’s wisdom and discernment, to see what must be done in God’s name to defeat the evil operating before us. 1Peter 3:12 For the eyes of the Lord are over the righteous, and his ears are open unto their prayers: but the face of the Lord is against them that do evil.

This army of Believers must stand united to defeat evil in its tracks and pray all evil attacking the mind causing confusion and mayhem of President Trump’s thought process, be bound and removed. The Army must realize it has the most powerful

ally at its disposal and truth if prayed for, will conquer all. Romans 15:1 We then that are strong ought to bear the infirmities of the weak, and not to please ourselves. v2: Let every one of us please his neighbor for his good to edification.

Brothers and sisters, the very foundation to worship is being attacked, and I do not hear, anybody lifting themselves up to protect our belief system, or our ability to worship in freedom without persecution. If you honestly believe, as a believer in Yeshua, this midterm election is about Donald Trump leading a great nation, you are completely missing what is happening, right before your eyes. Your freedoms are on the verge of being stripped from you, by a political machine willing to use whatever evil means possible to bring you into submission under their control. Psalms 1:1 & 2 Blessed is the man that walketh not in the counsel of the ungodly, nor standeth in the way of sinners, nor sitteth in the seat of scornful.  v2. But his delight is in the law of the Lord; in his law doth, he meditate day and night.

Brothers and Sisters, I reside in Canada and am observing you as Believers being diverted from the very truth of what is transpiring. Presently, Evil is in control using mayhem to create confusion among the Assemblies, and masses to distract them from the real issues of how high up and how deep the evil has permeated your political system. And if not checked we all [Globally] will pay a severe price. James 3:16 For where envying and strife are, there is confusion and every evil work.

I appeal to all followers of Yeshua, it matters not what sect you worship under; it does matter that you hear this plea as a Call To Arms to fight the good fight and come together and defeat evil in its tracks. Your ability to continue worshipping as you do is what is at stake. 1Corinthians 1:10 Now I beseech you, brethren, by the name of our Lord Yeshua (Jesus), that ye all speak the same thing, and that there be no divisions among you; but that ye be perfectly joined together in the same mind and in the same judgment.

this mid-term election and the fate of our ability to worship freely. If we fail to rally around President Trump to defeat Evil and give him the opportunity to present his case truly then evil has had its way. Ephesians 6:6 Not with eye-service, as men pleasers; but as the servants of Yeshua (Christ), doing the will of God from the heart;

In closing what I see here is our belief, in God and Yeshua, being put on the line. If we walk with Yeshua, there will be no hesitation to pick up our Arms and fight the good fight. Let us bring together the strongest army ever assembled in history to fight this battle and bring evil to its knees and complete submission to God’s Laws. Realize this is not just about the USA it is a global battle. There is far more at stake than what is shown presently, Brothers and Sisters do not take this battle for granted we need every prayer warrior available to be front and center and fervently praying. Proverbs 15:29 The Lord is far from the wicked: but he heareth the prayer of the righteous.

We need to begin gathering and putting our prayers as a unified Army out there immediately. Once you’re within the ranks, send this call to all your brothers and sisters.  “LET’S MAKE THIS CALL TO ARMS ” powerful. Romans 1;16 For I am not ashamed of the gospel of Christ: for it is the power of God unto salvation to every one that believeth: to the Jew first, and also to the Greek.

Heavenly Father we know you hear our prayers as we come together as an army of truth and place our prayers before your throne we ask for strengthening and guidance through the Holy Spirit. Arm us with your truth and discernment to act as required to fight as needed.  We pray this in your name Yeshua (Jesus). AMEN AND AMEN.  Psalms 55:22 Cast thy burden upon the Lord, and he shall sustain thee: he shall never suffer the righteous to be moved.

Remember these messages come from an obedient, “Watchmen” sounding the horn about an evil which is about to occur. Let us reveal to the enemy his shortcomings as shown in Colossians 3:8-9 But now ye also put off all these; anger, wrath, malice, blasphemy, filthy communication out of your mouth. v9. Lie not one to another, seeing that ye have put off the old man with his deeds.

May our Father bless and keep you well as our journey continues.