Revelation 20:12 KJV
And I saw the dead, small and great, stand before God; and the books were opened: and another book was opened, which is the book of life: and the dead were judged out of those things which were written in the books, according to their works.

Someone related, not everyone wants the truth. Then I say to them, then you don’t want YESHUA (Jesus) in your life. Look to the comforts of the world to sustain you through to your death. Turn to the powers of darkness. They will gratify you now. Enjoy, as our lives are but a vapour, here now, and in a moment, which seems a lifetime gone. Now you face as a Spirit, Eternity unprepared. Though we all know, Eternity has no end.

So let’s take a look at why many can’t hear the truth. The coming of Christ will be a great surprise to men. Our Lord himself said so. As the hour of death is the same to each person that the judgment will be to mankind in general, so the same remarks answer for both.

Let those who dread death, and strive to get the better of their terrors, no longer attempt to outbrave or to stifle them, no longer grow careless or wicked through despair. Let them not expect help from the world or human devices.

Yeshua’s coming will be terrible to the ungodly. Their destruction will overtake them while they dream of happiness, and please themselves with vain amusements. There will be no means to escape the terror or the punishment of that day.
But let them seek pardon, peace, grace, and a lively hope of heaven, by Faith in Him who died and rose again, that thus they may rise above the fear of death.

The remembrance of his own sorrows and temptations makes Christ mindful of the trials of his people, and ready to help them. He is ready and willing to succour those who are tempted and will seek him.

He became man and was tempted, that he might be every way qualified to succour his people, seeing that he had passed through the same temptations himself, but continued perfectly free from sin.

Then let not the afflicted and tempted despond, or give place to Satan, as if temptations made it wrong for them to come to the Lord in prayer. No soul ever perished under temptation, that cried unto the Lord from real alarm at its danger, with Faith and expectation of relief. This is our duty upon our first being surprised by temptations and would stop their progress, which is our wisdom.

This day will be a happy day for the righteous. They are not in darkness; they are the children of the light. It is the happy condition of all true Christians. But how many are speaking peace and safety to themselves, over whose heads utter destruction is hovering! Let us endeavour to awaken ourselves and each other, and guard against our spiritual enemies.

This excerpt is from the May 4th, 2020 article “It Is Even A Vapor,” How do you measure a vapour, a simple cloud of steam? How can we, as individuals, comprehend the time a mist is created to when it is full-bodied and then quickly disappears?

The following devices are what many live and walk by in that time of vapour and have become their life’s edits. When researching, Apostle Paul’s teaching in Romans 1:22 Professing themselves to be wise, they became fools, became quite clear.

Why it is said, we will find it is common with people not to apply to Yeshua, till they have tried in vain all other helpers. And see them, as undoubtedly they will, physicians of no value. Some run to diversions; others plunge into business, or even into intemperance.

Others go about to establish their own righteousness or torment themselves by vain superstitions. Many perish in these ways, but none will ever find rest to the soul by such devices.

(1) Malice, which may be taken more generally for all sorts of wickedness, as James 1:21; 1 Corinthians 5:8. But, in a more confined sense, malice is anger resting in the bosom of fools, settled overgrown anger, retained till it inflames a man to design mischief, to do mischief or delight in any mischief that befalls another

(2) Guile, or deceit in words. So it comprehends flattery, falsehood, and delusion, which is a crafty imposing upon another’s ignorance or weakness, to his damage

(3) Hypocrisies. The word being plural comprehends all sorts of hypocrisies. In matters of religion, hypocrisy is counterfeit piety. In civil conversation, hypocrisy is counterfeit friendship, which is much practised by those who give high compliments, which they do not believe, make promises which they never intend to perform or pretend friendship when mischief lies in their hearts.

(4) All envies; everything that may be called envy, which is a grieving at the good and welfare of another, at their abilities, prosperity, fame, or successful labours.

(5) Evil speaking, which is detraction, speaking against another, or defaming him; it is rendered backbiting, 2 Corinthians 12:20; Romans 1:30.

I am asking the following on a secular level. Is there a difference between Coping and Dealing with life’s daily events? “I say, Certainly there is!” And again, Paul’s wisdom in Romans 1:22 becomes clear. Why the learned and highly developed secularists believe coping, and dealing can be or are one and the same? I explain the difference between the two in this article….

Our demonstration should be the example of our moderation to all earthly things that should be known to all men. Shall Believers, who have the light of the blessed gospel shining in their faces, be careless about their souls, and unmindful of another world?

We need to demonstrate our spiritual armour, or the three Christian graces, Faith, love, and hope. Especially Faith, knowing that the eye of God is always upon us, that there is another world to prepare for, we shall reveal a reason for those who are without Yeshua to consider watching and be sober.

Now those we are demonstrating to, being sober, will find our demonstration revealing the “True and fervent love of God” and the things of God which will keep us watchful and sober. If we demonstrate our hope in salvation, we will, by heeding our teachings, expose anything that would shake our trust in the Lord. Showing the power of hope against the lies holding unbelievers in bondage.

Faith proves to the mind, the reality of things that cannot be seen by the eye. It is a full approval of all God has revealed, as holy, just, and good. This view of Faith is explained by many examples of persons in former times, who obtained a good report, or an honourable character in the word of God. Faith was the principle of their holy obedience, remarkable services, and patient sufferings.

Enoch was translated, or removed, that he should not see death; God took him into heaven, as Christ will do the saints who shall be alive at his second coming. We cannot come to God unless we believe that he is what he has revealed himself to be in the Scripture. Those who would find God must seek him with all their heart.

Noah’s Faith influenced his practice, it moved him to prepare an ark. His Faith condemned the unbelief of others, and his obedience condemned their contempt and rebellion.

Good examples either convert sinners or condemn them. This shows how believers, being warned of God to flee from the wrath to come, should be moved with fear, to take refuge in Yeshua (Jesus,) and become heirs of the righteousness of Faith.

The Bible gives the truest and exact account of the origin of all things, and we are to believe it, and not to wrest the Scripture account of the creation, because it does not suit with the differing fancies of men. All that we see of the works of creation were brought into being by the command of God.

Just as a caution, there are those who apply to the following warning from Yeshua.

Matthew 7:6 KJV
Give not that which is holy unto the dogs, neither cast ye your pearls before swine, lest they trample them under their feet, and turn again and rend you.

Remember, these articles are given as warnings from a humble servant as God’s 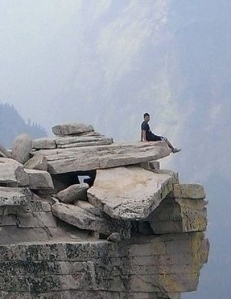 Watchman bringing His warnings to the flock of impending dangers. I pray for all to be covered with Yeshua’s blessings. Be at peace and in Faith as you journey forward doing God’s calling and work. As Yeshua said, be as wise as a serpent and gentle as a dove. Times are now, we must all be aware of our surroundings, and who it is we are dealing with. “And Yeshua through the Holy Spirit said unto me, “My grace is sufficient for thee: for my strength is made perfect in weakness.”

Yeshua as a Watchman. This I pray for all. ”Our Heavenly Father brings us to the river which bringeth forth fruit so we may partake of its sustenance and be filled spiritually with nurturing wisdom, and humble dedication in service to Yeshua. “Blessings to All.” As you go forward in peace, knowledge, and strength
View all posts by Yeshua's Watchman →
This entry was posted in SPIRITUAL AWARENESS. Bookmark the permalink.