The Lord is slow to anger, and great in power, and will not at all acquit the wicked. The Lord hath his way in the whirlwind and in the storm, and the clouds are the dust of his feet. Nahum 1:3 KJVS

Originally posted on Dec. 16, 2015, The following is a Repost with additional information to reflect what is currently occurring.

These clouds covered the entire horizon. They were endless, and I knew they represented a message, yet I also sensed they were a warning of what is to come. Their very presence drew me into a state of wonder and deep meditation, which brought me to what I am about to share in a series of writings as part of “The Trumpeter’s Call.”

Over the last months, I have experienced a profound change in my emotional state, where I have begun unwittingly grieving for the state of the World and its population openly uncontrollably weeping as I watch the news. I questioned whether I was losing control and on the edge of a breakdown only to realize that I was in control of my faculties but experiencing these moments of emotional outbursts in sympathy for what mankind is participating in and headed for.

I realized this situation is a warning of what is to be and turned to the scriptures to fulfill my duties as a Watchman to sound the Trumpet as the Lord has instructed. The soundings will come as messages received and interpreted from Scripture, which will bring those hearing the Trumpet back to the necessary foundation of their beliefs.

The warnings will offer a challenge for all to test, search, examine, revise and restructure their position in how they picture God and His Teachings and their place in daily life. Ezekiel 33:4 Then whosoever heareth the sound of the Trumpet, and taketh not warning; if the sword comes, and take him away, his blood shall be upon his own head.

The following comes to us from Genesis 6:5 And God saw that the wickedness of 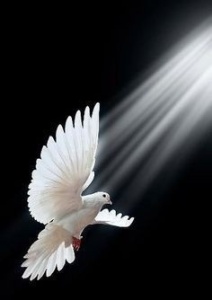 man was great in the earth, and every imagination of the thoughts of his heart was only evil continually.
The next part of the warning should be mainly heard discerned and acted upon, bringing us all to realize no matter where we believe ourselves to be in the Lord and our walk with Him, it’s time to take a seriously in-depth look at our position in this World.

I’m not suggesting we are all wicked but am sounding the Trumpet as a warning to honestly know your position in God’s teachings.

These messages are not sermons or teachings but are given as a warning to seek out your exact position within God’s teachings. For those who doubt these are warnings the following is yours to ponder upon.

neither son of man, that he should repent: or hath he spoken, and shall he not make it good? Because God is unchangeable: God is not a man that he should lie, Numbers 23:19. Men change their minds and therefore break their words. They lie because they repent. But God does neither. He never changes his mind, and therefore never recalls his promise.

Balaam had owned (Numbers 23:8) that he could not alter God’s counsel, and thence he infers here that God himself would not alter it such is the imperfection of man and such the perfection of God. It is impossible for God to lie, Hebrews 6:18.

My duty as a Watchman is described in Ezekiel 33:3 If when he seeth the sword come upon the land, he blows the Trumpet, and warn the people; Then it is up to those who hear the warning to do or heed the warning my commitment is complete once I sound the Trumpet.

I recognized the dark cloud covering the horizon as a dark shroud blanketing the World. And what is wrapped up in it represents; a warning for all to measure their faith, it’s depth, its sincerity and most of all, be prepared to recognize the evil surrounding and influencing them daily, which was about to be released into the populous.

Urging us to have the knowledge not to be a part of the confusion fear, and despair as John’s letter to the Christians in Asia Minor, who were facing new challenges to their faith, from those of various groups, whose teachings opposed Christianity.

eard of him and declare unto you, that God is light and in him is no darkness at all. (v6) If we say that we have fellowship with him, and walk in darkness, we lie and do not the truth; (v7) But if we walk in the light, as he is in the light we have fellowship one with another, and the blood of Jesus Christ his Son cleanseth us from all sin. (v8) If we say that we have no sin, we deceive ourselves, and the truth is not in us.

FINAL TRUMPET: I now recognize what this dark shroud is all about, it’s evil opening a doorway to release darkness filled with despair, confusion, greed, selfishness, fear, discord, separation and many other forces which will tempt and influence everyone. James 3:16 For where envying and strife is, there is confusion and every evil work.

May our heavenly Father bring peace to all your lives through knowledge gilded with discernment, wisdom, courage, and fervour to serve God in His Laws, allowing personal integrity to flourish in all of our life’s days where we have a turmoil. I pray in Yeshua’s name Amen and Amen.

to our Lord Yeshua as a Watchman. I pray for all. ”Our Heavenly Father brings us to the river which bringeth forth fruit so we may partake of its sustenance and be filled spiritually with nurturing wisdom, and humble dedication in service to Yeshua. “Blessings to All.” As you go forward in peace, knowledge, and strength.

Yeshua, as a Watchman. This I pray for all. ” Our Heavenly Father brings us to the river which bringeth forth fruit so we may partake of its sustenance and be filled spiritually with nurturing wisdom and humble dedication in service to Yeshua. “Blessings to All.” As you go forward in peace, knowledge, and strength
View all posts by Yeshua's Watchman →
This entry was posted in SPIRITUAL Kowledge. Bookmark the permalink.