(Matthew 4:19) “And he saith unto them, FOLLOW me, and I will make you fishers of men.”  (Matthew 8:22) But Yeshua said unto him, FOLLOW me, and let the dead bury their dead. (Matthew 16:24) Then said Yeshua unto his disciples, if any man will come after me, let him deny himself, and take up his cross, and follow me. (Matthew 19:28) And Yeshua said unto them. Verily I say unto you, That ye which have followed me, in the regeneration when the Son of man shall sit in the throne of his glory, ye also shall sit upon twelve thrones, judging the twelve tribes of Israel.

Two words “Follow Me”offer so many life-changing events, drawing us into an opportunity to understand what those two words mean and then recognizing how to share what you have found, a recognition that in your old lifestyle you were 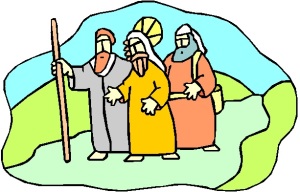 spiritually dead. Now, knowing you have become a new person not only spiritually and are no longer a prisoner to the desires of your flesh through learning “For my Salvation to have any value in Yeshua’s eyes I must share it daily as a gift to others so they too may reap the fruits of their dedication and devotion. Having received Salvation and choosing to abide by the voice calling them to an Eternity of Life and Peace, they learn to share and become examples walking in our Lord’s light, daily so others may find the narrow path.

What an exercise in faith to drop everything and proceed to journey with this man who asked you to follow him, the significance, is what Yeshua says in

Matthew 4:19 “I will make you Fishers of Men”. Matthew Henry (1662 – 1774) comments And this was an instance of effectual calling to Yeshua. In all his preaching he gave a standard call to all the country, but in this, he gave a unique and particular call to those who were given him by the Father. What I have observed over the past months in our articles and warnings is our Lord Yeshua, “yes,” again giving a call out to all the countries. But not as a common one, it is a “special and particular” call to all His Father has given Him.

Now having foreknowledge that Yeshua’s call is not a standard call but one which is a unique and particular call. We must be aware our enemy recognizes the consequences of these actions of Yeshua. Matthew Henry (1662 -1774) brings forward a necessary caution for those heeding, Yeshua’s call to follow Him. “The character by which our author desires to be known: James, a servant of God, and our Lord Yeshua (Jesus Christ). Though he was a prime-minister in Yeshua’s kingdom, yet he styles himself only a servant. Note hence, Those who are the highest in office or attainments in the Assembly are but servants. They should not, therefore, act as masters, but as ministers. Further, though James is called by the evangelist the brother of our Lord, Yet it was his glory to serve Yeshua in the spirit, rather than to boast of his being akin according to the flesh.

It is implied that troubles and afflictions may be the lot of the best believers, even of those who have the most reason to think and hope well of themselves. These outward afflictions and troubles are temptations to them. The devil endeavors by sufferings and crosses to draw men to sin and to deter them from duty, or unfit them for it.

But as our afflictions are in God’s hand, they are intended for the trial and improvement of our graces. The gold is put into the furnace, that it may be purified.

James warns temptations may be numerous and various: Divers temptations, as the Apostle speaks. Our trials may be of many and different kinds, and therefore we need to put on the whole armor of God.

The Holy Spirit teaches men to be joyful under troubles: such exercises are brought forward by God’s love, and trials in the way of duty will brighten our graces now, and our crown at last. Let us take care, in times of trial, that patience, and not passion, is set to work in us: whatever is said or done, let patience have the saying and doing of it. When the work of patience is complete, it will furnish all that is necessary for the Believers race and warfare.

We should not pray so much for the removal of affliction, as for wisdom to make the right use of it. And who does not want wisdom to guide him under trials, both in regulating his spirit and in managing his affairs? Here is something in answer to every discouraging turn of the mind, when we go to God under a sense of our weakness and folly. If, after all, any should say, This may be the case with some, but I fear I shall not succeed, the promise is, To any that asketh, it shall be given. A mind that has single and prevailing regard to its spiritual and eternal interest, and that keeps steady in its purposes for God, will grow wise by afflictions, will continue fervent in devotion, and rise above trials and oppositions.

Time has not changed the spiritual demeanor of men, we found that God’s
Grace is only part of the picture of man’s eventual fate. God knows what is in the hearts of men and knows that sacrifices under His Laws were not sufficient.

“Yahweh,” seeing the condition of mankind in Noah’s time Genesis 6: 5 – 7 we hear Matthew Henry describe God’s actions: The Spirit of God strove with men, by sending Enoch, Noah, and perhaps others, to preach to them; by waiting to be gracious, notwithstanding their rebellions; and by exciting alarm and convictions in their consciences. But the Lord declared that his Spirit should not thus strive with men always; he would leave them to be hardened in sin and ripened for destruction. This he determined on because man was flesh: not only frail and feeble but carnal and depraved; having misused the noble powers of his soul to gratify his corrupt inclinations. God sees all the wickedness that is among the children of men; it cannot be hidden from him now; and if it is not repented of, it shall be made known by him shortly. The wickedness of a people is great indeed when noted sinners are men renowned among them. Very much sin was committed in all places, by all sorts of people. Anyone might see that the wickedness of man was great: but God saw that every imagination, or purpose, of the thoughts of man’s heart, was only evil continually. This was the bitter root, the corrupt spring. The heart was deceitful and desperately wicked; the principles were corrupt; the habits and dispositions evil. Their designs and devices were wicked. They did evil deliberately, contriving how to do mischief. There was no good among them. God saw man’s wickedness as one injured and wronged by it. He saw it as a tender father sees the folly and stubbornness of a rebellious and disobedient child, which grieves him, and makes him wish he had been childless.

Does God thus hate our sin? And shall not we be grieved to the heart for it? Oh, that we may look at Him whom we have grieved and mourn! God repented that he had made a man, but we never find him repent that he redeemed man. God resolves to destroy man: the original word is very striking, ‘I will wipe off man from the earth,‘ as dirt or filth is wiped off from a place which should be clean, and is thrown to the dunghill, the proper place for it. God speaks of man as his own creature, when he resolves upon his punishment. God speaks of resolution concerning men after his Spirit had been long striving with them in vain. None are punished by the justice of God, but those who hate to be reformed by the grace of God.

Genesis 8:20 – 21: v20 And Noah built an altar unto the Lord, and took of every clean beast, and of every clean fowl, and offered burnt offerings on the altar. And the Lord smelled a sweet savor; and the Lord said in his heart, I will not again curse the ground any more for man’s sake; for the imagination of man’s heart is evil from his youth, neither will I again smite any more as I have done.

Here is when the groundwork was laid for God to keep His promise made in Genesis 8:21 I will not again curse the ground any more for man’s sake; for the imagination of man’s heart is evil from his youth, neither will I again smite any more everything as I have done. I believe this is when Yahweh desires to keep His promise and sacrifices His Son Yeshua into the world as a man to do His work, open the door for all mankind to receive the ability to spend Eternity with Yahweh and His Son. Through the Grace first offered by God and now connected to the Salvation Yeshua brought into our lives as our mediator with the Father. To receive this gift listen for the words “FOLLOW ME.”

The Apostle Paul relates there will be some who hear the call to follow Yeshua however will not obey: Because of that, when they knew God, they glorified him not as God, neither were thankful but became vain in their imaginations, and their foolish heart was darkened. Professing themselves to be wise, they became fools. And changed the glory of the uncorruptible God into an image made like to corruptible man.  (Romans 1:21)

I find it interesting there is so much willingness to embrace evil and to walk away from righteousness. So you might understand what is at stake I offer Revelation3:19 – 20 As many as I love, I rebuke and chasten: be zealous therefore, and repent. Behold I stand at the door, and knock: if any man hears my voice, and open the door I will come into him, and will sup with him, and he with me.

Remember these articles are from a humble servant doing God’s work as a Watchman. Blessings to all. May your walks be steady blessed and lead to Yeshua waiting at the door when the time is right.

Yeshua as a Watchman. This I pray for all. ”Our Heavenly Father brings us to the river which bringeth forth fruit so we may partake of its sustenance and be filled spiritually with nurturing wisdom, and humble dedication in service to Yeshua. “Blessings to All.” As you go forward in peace, knowledge, and strength
View all posts by Yeshua's Watchman →
This entry was posted in SPIRITUAL AWARENESS. Bookmark the permalink.