Their poison is like the poison of a serpent: they are like the deaf adder that stoppeth her ear. Psalms 58:4

This article was brought about by the current world events displayed as part of the political scene. This may surprise many, it was revealed in Psalms 58:3. The wicked are estranged from the womb: they go astray as soon as they are born, speaking lies.

In this release, information challenging many to the very core of their being will be revealed. It will show, a sinful state is a state of alienation from a relationship with God and service of him, which we were made for.

Matthew Henry (1662-1774) states, “Let none wonder, these wicked men, dare do such things. For wickedness is bred in the bone with them, they brought it into the world with them. They have in their natures a strong inclination to it, they learned it from their wicked parents, and have been trained up in it by bad education.“

Our Father which art in heaven, Hallowed be thy name, thy kingdom come thy will be done on earth, as it is in heaven, Give us this day our daily bread. And forgive us our debts, as we forgive our debtors. And lead us not into temptation, but deliver us from evil: for thine is the kingdom and the power, and the glory, forever. Amen and Amen

The wicked, who in heart work wickedness, are alienated from the womb,

Estranged from God and all good, alienated from the divine life, and its principles, powers, and pleasures, Ephesians 4:18. Having the understanding darkened, being alienated from the presence of God. Through the ignorance that is in them, because of the blindness of their heart. Who being past feeling have given themselves over unto Lasciviousness, to work all uncleanness with greediness.

King Solomon, vividly, describes the six things wait, seven which are an abomination unto him and the LORD hates (Proverbs 6: 17-19): A proud look, a lying tongue, and hands that shed innocent blood, An heart that deviseth wicked imaginations, feet that be swift in running to mischief, A false witness that speaketh lies, and he that soweth discord among brethren.
As the Holy Spirit revealed the following information in Psalms 58, research brought me additional information. The Holy Spirit revealed this Psalm, written by

David [before he was King], identifies the malice of Saul against David. It shows how God preserved him from those persecutions; thus, this Psalm became precious to him. But as well gives a glimpse of how to recognize the evil being applied towards our countries, governments and leaders of today, both Spiritually and Physically, are similar to what David endured, so we can learn via this Psalm, how God lead him through what he faced. And eventually made him King.

In addition, we hear from King Solomon: a proud man, we mean one who esteems himself better than others; by a humble man, we say one who counts others better than himself. The proud man is so convinced of his intrinsic superiority that if appearances are against him if others obtain more recognition, honour, wealth than he, the fault seems to him to lie in the evil constitution of the world, which cannot recognize merit; for his own intrinsic superiority is the axiom which is always to be taken for granted; “his neighbours, therefore, find no favour in his eyes, and he even desires their calamity and ruin,” in order, as he would put it, that everyone may be set in his due place [Proverbs 21:10]

He is a wicked man, that makes a trade of doing evil, especially with his tongue, for he walks and works his designs with a froward mouth (Psalms 6:12), by lying and perverseness, and direct opposition to God and man. He says and does everything, (1) Very artfully and with design. He has the subtlety of the serpent and carries on his projects with a great deal of craft and management (Psalms 6:13). With his eyes, with his feet, with his fingers.

He expresses his malice when he dares not speak out (so some), or, rather,

thus he carries on his plot those about him, whom he makes use of as the tools of his wickedness, understand the ill-meaning of a wink of his eye, a stamp of his feet, the least motion of his fingers. He gives orders for evil-doing, and yet would not be thought to do so, but has ways of concealing what he does, so that he may not be suspected. He is a close man, and upon the reserve, those only shall be let into the secret that would do anything he would have them to do.

He is a cunning man, and upon the trick, he has a language by himself, which an honest man is not acquainted with, nor desires to be (2) Very spitefully and with ill design. It is not so much ambition or covetousness that is in his heart, as downright frowardness, malice, and ill-nature.

He aims not so much to enrich and advance himself as to do an ill turn to those about him. He is continually devising one mischief or other, purely for mischief-sake–a man of Belial indeed, of the devil, resembling him not only in subtlety but in malice.

Those that devise mischief contrive, for the accomplishing of it, how to impose 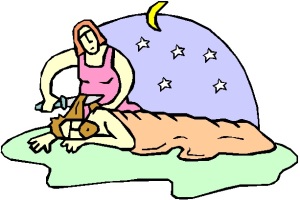 upon others; but it will prove, in the end, that they deceive themselves. Those that imagine evil, under colour of friendship, have their hearts full of this and the other advantage and satisfaction which they shall gain by it, but it is all a cheat. Let them imagine it ever so artfully, deceivers will be deceived 2. Those that consult the good of their neighbours, that study the things which make for peace and give peaceable advice, promote healing attempts and contrive healing methods, and, according to as their sphere is, further the public welfare, will have not only the credit but the comfort of it. They will have joy and success, perhaps beyond their expectations. Blessed are the peace-makers.

The Holy Spirit brought forward Solomons wisdom from within Proverbs 13:20 and described the two choices before us. He relates the importance of our decisions in life and how those we choose to associate with, will affect those decisions and our journey as well the eventual path we will follow.

Multitudes are brought to ruin by the bad company they keep: A companion of fools shall be broken, known to be a fool; (noscitur ex socio) – he is known by his company. He will be like them (so some), will be made wicked (so others); it appears all to one, for all those, and those only, that make themselves wicked, will be

destroyed, and those that associate with evil-doers are debauched and so undone, and at last, ascribe their death to it.

Those that would be good must keep good company, which is an evidence for them that they would be good (men’s character is known by the company they choose) and will be a means of making them good, of showing them the way and of quickening and encouraging them in it. He that would be himself wise must walk with those that are so, must choose such for his intimate acquaintance, and converse with them accordingly; must ask and receive instruction from them, and keep up a pious and profitable talk with them.

The promises of God are strong inducements to sanctification, in both the branches thereof; namely, 1. The dying unto sin, or mortifying our lusts and corruptions: we must cleanse ourselves from all filthiness of flesh and spirit. Sin is filthiness, and there are defilements of body and mind. There are sins of the flesh, that are 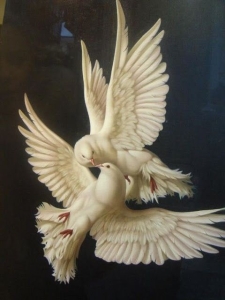 committed with the body, and sins of the spirit, spiritual wickednesses; and we must cleanse ourselves from the filthiness of both, for God is to be glorified both with body and soul 2. The living unto righteousness and holiness. If we hope God is our Father, we must endeavour to be partakers of his holiness, to be holy as he is holy, and perfect as our Father in heaven is perfect. We must be still perfecting holiness, and not be contented with sincerity (which is our gospel perfection), without aiming at sinless perfection, though we shall always come short of it while we are in this world; and this we must do in the fear of God, which is the root and principle of all religion, and there is no holiness without it. Note, Faith and hope in the promises of God must not destroy our fear of God, who taketh pleasure in those that fear him and hope in his mercy.

Remember, these messages are given by a humble servant obedient to our